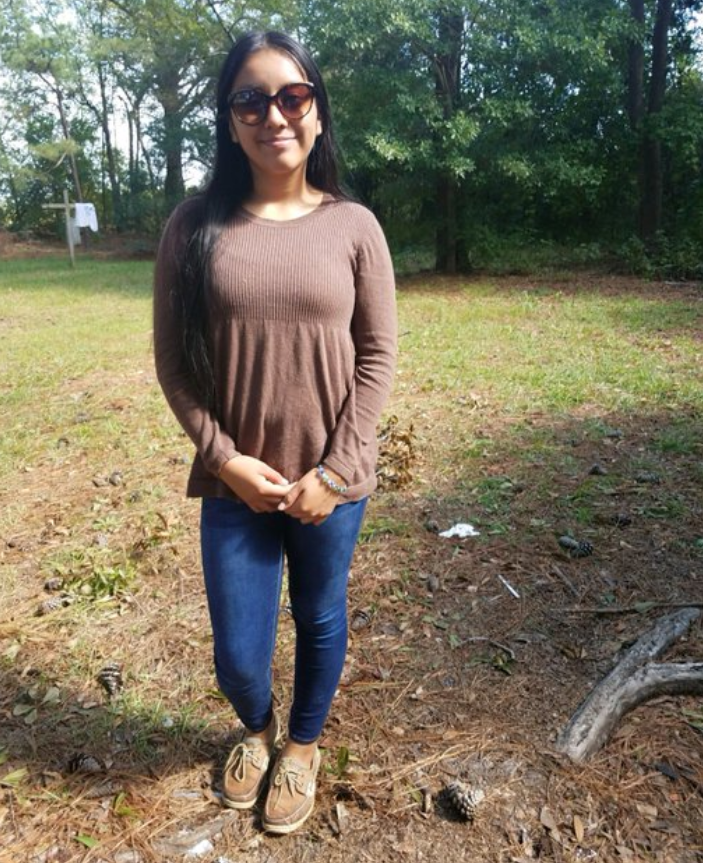 A teenage girl, thirteen years of age, went missing nearly a month ago in North Carolina. Her name was Hanai Noelia  Aguilar. On Wednesday the 28th, Aguilar’s body was discovered ten miles from where she was abducted in her home.

Early in the morning of November 3, Aguilar was waiting outside her home, getting ready to leave and go to school.. She was wearing blue jeans and a blue shirt with flowers. Neighbors say that Aguilar was forced into a SUV, which was stolen from the victim’s family by the abductor. The neighbors, after realizing that she had been kidnapped, called the authorities to inform them that a man had abducted the 13-year-old.

There were various attempts to discover Aguilar’s fate. A $15,000 reward was posted in order to help find the 13-year-old and obtain clues as to where she would be or who had her. The authorities were also asking the neighbors if they had seen or heard anything and the police reached out to local people in the area for surveillance videos of the SUV.

Aguilar’s family also bought an additional pair of Adidas shoes with a unique stitch like the ones Aguilar was wearing the day she was abducted. The 13-year-old’s parents asked for cooperation and if anyone had seen a man selling the shoes at any thrift stores to report the activity to the authorities. They were hoping that they would find a clue regarding the abductor, who may have attempted to get rid of the shoes.

Although the authorities and family didn’t obtain any leads, on November 28th, Aguilar’s body was found and the investigation of what happened to the young girl came to an unfortunate end. The authorities continue a search for her killer.