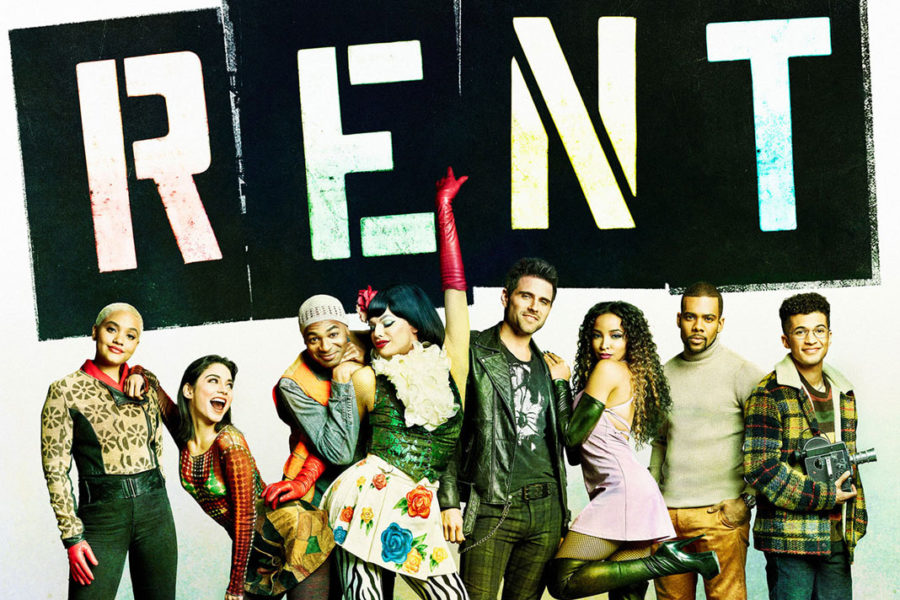 On Sunday, January 17th, the well-known Broadway production Rent aired live on the FOX Broadcasting Company network. The highly anticipated showing was expected to incredibly popular, as it gave viewers a way to experience the play from the comfort of their homes without the in-theater expenses. The expectations were high, the stage expertly built, the performers well-prepared, and yet, the production was incredibly disheartening. Every single short-coming can be traced back to this one essential factor: the “live” performance wasn’t live at all.

The viewers were promised a live show – a show that was being recorded and broadcast at the exact moment they were watching it on the television screen. Instead, however, we were given a performance recorded from an earlier date, with actors and actresses hardly belting out their lines, and seeming to lack the gusto usually associated with theater. The performers all seemed entirely unenthusiastic, while the overpowering orchestra blurred out their meager voices. Overall, this “live” performance can be summed up by one word: disappointing.

The majority of the audience who witnessed this train-wreck was surprised by how awful it turned out to be when so many things had appeared to be in the production’s favor. For instance, the performers were well-rehearsed with the script and their songs, and they had plenty of time to learn the staging and hone all the little nuances to create a spectacular performance. While the set was amazingly lifelike and interactive with the crowd, it also served as the perfect backdrop for the musical’s atmosphere and time era. Not only that, but all the hired actors and actresses were experts in their field; some of them even performed in previous FOX Broadcasting Company live productions. This mainly regards Jordan Fisher and Vanessa Hudgens, both of whom were cast in the other televised musical, Grease: Live back in 2016, as the characters Doody and Rizzo. In Rent: Live, the pair performed as the characters Mark and Maureen, two characters extremely prominent to the storyline. One would naturally assume that with these two experienced performers on the cast, the production would be just as exceptional as Grease: Live.

This, unfortunately, was not the case. The musical was destined for success – that is until actor Brennin Hunt, who was slated to play the main character, Roger, broke his foot on the night before the televised event. With no understudies prepped to fill the role and Brennin Hunt unable to walk, the producers had no choice but to air previous recordings from past rehearsals. This put a major damper on the show, as the past rehearsals were just that – rehearsals. They were not meant to be the final product, so, of course, the band and performers did not pour their hearts into it. They were, understandably, saving their voices and talent for the big night. Unfortunately, this ultimately led to a pitiful display of their true potential when disaster disrupted their plans.

All things considered, so many other steps could have been taken to salvage what was left of this major fiasco. Right from the start, they could have performed one simple task that would have prevented the entire catastrophe. Hire understudies! This was a large-scale production carried out by a well-known television network, so why didn’t they spend the extra funds to hire backup? It was arrogant and haughty to assume that everything would work out perfectly. If they had carried out this simple precaution, the production’s reputation could have been maintained. Not only that, but why didn’t they just allow Brennin to sing his lines live from a wheelchair or on crutches? The audience wouldn’t have minded and it would have been way better than the shambles they presented. Lastly, the producers could even have asked Adam Pascal and the other members of the original Rent cast from the 2005 movie to help. The cast was already planning on being present for the show, as they were slated to perform live during the finale. They could have easily filled in Brennin’s lines, thus giving the audience the show they really wanted: a live one.

While there is an indefinite number of things that could have been done to improve the show, the final product wasn’t all that bad. The set was truly magnificent and the enthusiastic audience gave an exhilarating vibe to the production. While it obviously wasn’t the performers’ best display of their talents, we all know how talented they are, and can appreciate their honest effort and hard work. While I and many others were somewhat disappointed with the production, I can assure the producers that I will continue to watch and support their performances and I will most certainly buy the music album as soon as it releases on February 1st.