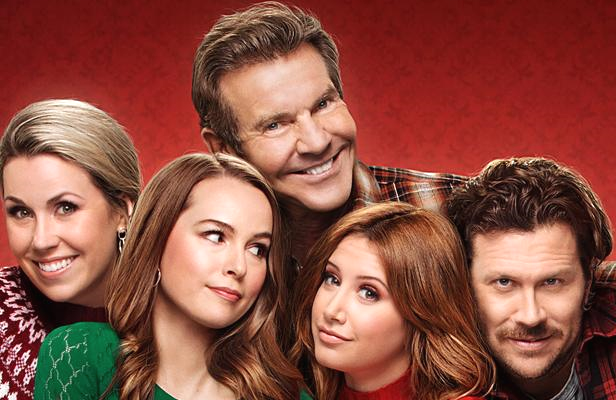 Netflix’s addition of “Merry Happy Whatever” is the perfect family sitcom for the holiday season, revolving around the affairs of the close-knit Quinn family. Even though the show is classified as a sitcom, it deals with the realities people face every day from marital/relationship problems to unemployment to sexuality.

The eight-episode show takes place over 10 days when daughter Emmy Quinn returns home to Philadelphia for the holidays with her boyfriend Matt. Emmy is welcomed back by her family with open arms; however, Matt is shunned from the very beginning, despite his people-pleaser attitude toward the Quinn Family. Even when Matt asks Don (Emmy’s recently widowed father) for his blessing to marry Emmy, he sternly answers “no”. Matt meets the Quinn family’s spouses that openly confessed they have a support group for people who marry into the Quinn family. He meets them outside as they poured one out to Alan, Kayla Quinn’s husband who recently decided it would be best if they part. The support group is ironically called the “Outlaws”, a play on the word “in-laws”. As the show continues, we dive deeper into the family dynamic which can be best described in one phrase: “There’s the Quinn way, and there’s the wrong way”. Don brings up his kids in consideration of this ideology, but throughout the show, he comes to the realization that he needs to allow his children to make their own decisions. This is especially true, when his daughter Kayla comes out as gay, and despite Don’s belief in Catholicism, he accepts her and, in essence, all his children for who they are.

You can binge “Merry Happy Whatever” right now on Netflix! Happy binging!