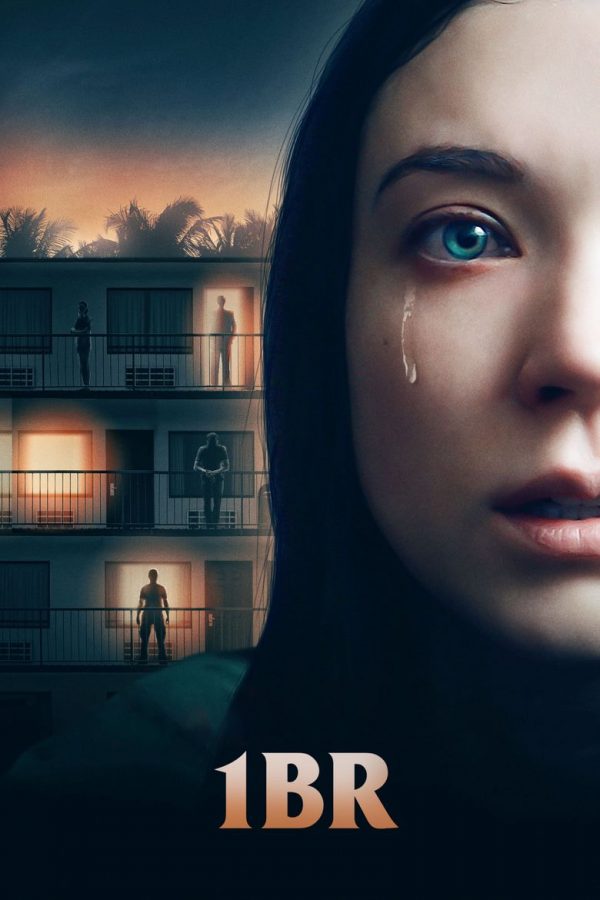 As most Netflix viewers know, there is a Top 10 list of popular movies and tv shows that have the most viewers. This list changes every week or so. However, several weeks ago there was one movie in particular that caught many people’s attention. The movie 1BR, or 1 bed Room, was listed at the top of the list for quite some time. I can definitely see why. This was an amazing film, in my opinion. Horror movie fans tend to say most horror movies aren’t “realistic” or “scary” enough, which I can agree to, but this movie kept me at the edge of my seat! Be aware, I will be spoiling many parts of the movie, so if you haven’t seen it yet, go watch it and come back after!

This movie is about a young girl, Sarah (Nicole Bloom), who leaves home to live on her own in Los Angeles. It starts out normal for the most part until she moves into her new apartment. Her neighbors are all friendly and welcoming, and you wouldn’t expect them to do the things they do, which I will get to later on! When she moves in, Sarah has trouble sleeping at night because of these extremely loud pipes. Although, when she goes to ask neighbors near her, they say they don’t hear a thing, causing her to start thinking everyone else is crazy, or perhaps that she herself may be losing it…

One night, Sarah wakes up to her smoke alarm going off because her cat was put in the oven by someone! That’s when she finally reaches the conclusion that the people here are insane. Then, all of a sudden, she is tackled to the ground by one of her neighbors. After her daring escape, she asks the others to help, just to find out her whole apartment complex is in on it! Each and every one of them planned this on Sarah. Then, as the scene switches, she wakes up in an empty room, with a metal door and blocked off windows, obviously no escape out. The same man and the owner of the complex come in the room and tell her she has to do as they say or they will kill her. Sarah has no choice but to comply. She completes multiple tasks, like standing against a wall in the most uncomfortable position for hours at a time, getting her hands nailed into the wall, and barely ever getting fed. This whole thing is over when Sarah hallucinates and rips her hand off the nails in the wall. This was all a test.

She is congratulated by everyone in the complex but is still left confused. What did she accomplish out of being tortured? It is later discovered that they have put together some type of cult. They ask her to join and she agrees, however, the tests they put her through completely brainwashed her into thinking that they are all good people. A friend over hers is later put through the same tests, but she doesn’t fall for them. She can snap Sarah out of it and they attempt to escape. Sarah must escape all of these psychotic neighbors, which leads to her having to kill a few of them!

She is eventually able to get out and escape from the cameras they have set all around, but there is an alarm system for when someone gets out, which obviously went off. As Sarah starts running as fast as she can away from the apartments, she realizes there is another apartment complex that has the exact same alarm going off. She looks down the street to see building after building light up and play that same alarm. Sarah is trapped…

This movie was full of unexpected twists and turns. I loved watching it and I would definitely recommend it. I would give this movie an 8/10!