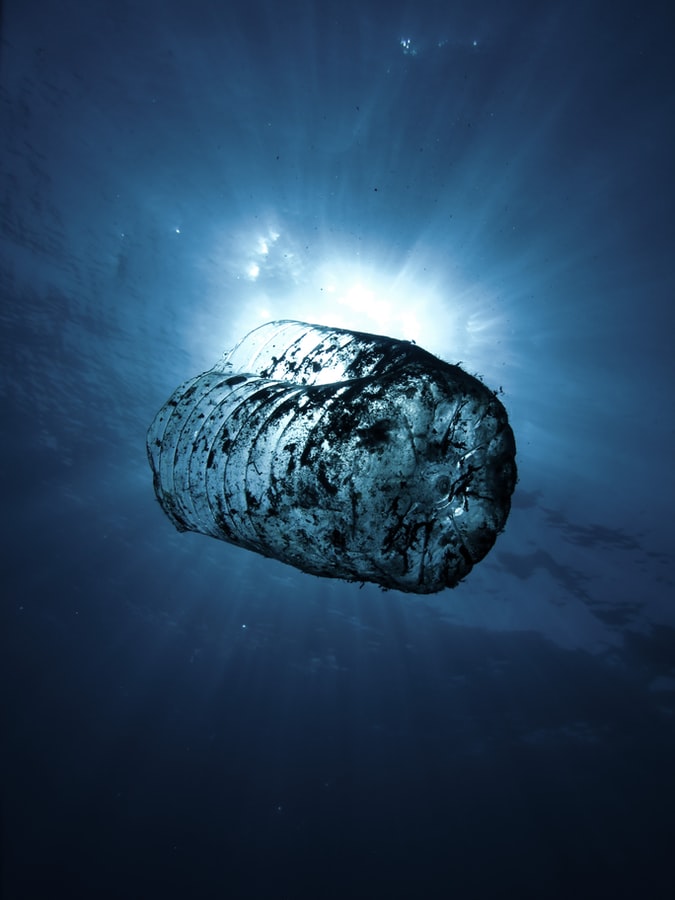 Plastic waste has created five new islands in the ocean. As about eight million tons enter the ocean every year, currents carry the trash to conglomerate in concentrated areas, creating new plastic islands. Specifically, the oceans have five major gyres, or giant systems of rotating ocean currents that pick up the plastic and carry them to the islands. The five garbage patches are located in the North Pacific, South Atlantic, North Atlantic, the Indian Ocean, and the South Pacific. The biggest patch is the one in the North Pacific as it is now allegedly twice the size of Texas, measured by, “a fleet of 30 boats, 652 surface nets and two flights over the patch to gather aerial imagery of the debris.” 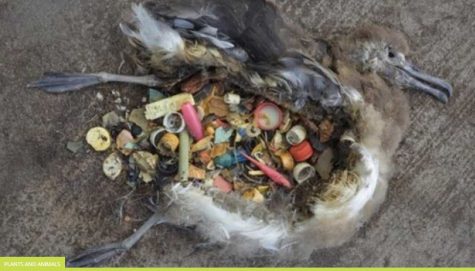 These large gatherings of plastic have harmed the ocean’s ecosystems. To small fish, colorful microplastics appear to be food. Fish eating the microplastics also allow them to enter the food chain and eventually work their way up to being in our own food. However, small fish are not the only ones eating plastic. Turtles see plastic bags and mistake them for jellyfish, a common snack for turtles. Seabirds and whales also make similar mistakes and eat the plastic as about 60% of observed seabirds had plastic inside of them. Not only is eating plastic toxic for marine life, but the animals believe that their stomachs full of plastic mean that they are fed and they eventually starve to death. In addition to the deaths due to eating plastic, marine life also commonly dies (an estimated 100,000 animals a year) from being entangled in plastic trash. It has been predicted that by 2050 there will be more plastic in the ocean than fish, in terms of weight. As more marine life dies and more pollutants seep into the ocean, the ocean’s ecosystems are predicted to falter and reduce, “the ocean’s ability to produce seafood, resist diseases, filter pollutants and rebound from stresses, such as climate change and overfishing” by 2050 as well.

People like The Ocean Cleanup try to lessen the impact made by the plastic islands by cleaning them up. On the surface of the ocean they create fake coastlines with nets flowing beneath them in order to catch all of the garbage that passes by. In addition, they have also created a cleanup system that floats alongside the ocean’s natural currents to gather up the plastic waste that travels on the same paths.

The plastic that ends up in the ocean is usually trash from beaches and streets that wind may have carried into the water. In order to keep the ocean and the environment healthy, it is recommended to use products that substitute plastic with other materials such as bamboo and be aware of what is inside of hygiene products. Many products such as body wash, toothpaste, and exfoliators contain small plastic beads that easily make their way into the water system and end up as microplastics in the ocean.

If you are a Santiago student or staff member and you wish to help or learn more about the environment, look for Mrs. Wanis in classroom D108 where you can donate used batteries and markers. 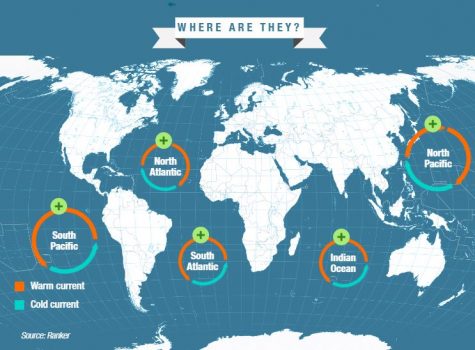