5 Underrated Kids Movies That ANYBODY Will Find Enjoyable 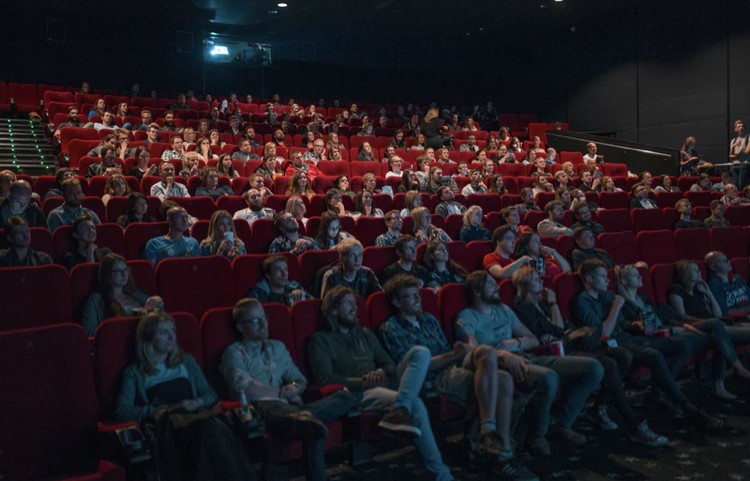 Movies are one of the best sources of entertainment ever made. It is difficult to make an enjoyable movie, that people will watch and remember time and time again. Kids’ movies are subjectively easier to make an impact on a person, as those movies will be nostalgic for those kids as adults. Films like Shrek and Frozen are movies that have been insanely successful and are well known for their achievements. You can probably ask anyone if they have watched or heard of these two movies, and most of the time they will say yes! However, there are hidden gems in the Great Mine of Kid Motion Pictures, and this list shall rank some underrated children’s motion pictures that any age can enjoy.

An Extremely Goofy Movie can probably relate to a lot of High Schoolers. Released on February 29, 2000, it is the sequel to A Goofy Movie and tells the story of Goofy’s son Max as he prepares to leave home to go to college and to finally get away from his embarrassing dad. In an ironic turn of events, Goofy loses his job and is forced to go back to college to get his degree, to Max’s dismay. This movie is great at showing how tense a parent and child relationship is, and how difficult it is for one generation to relate to the other. Both Goofy Movies are quite unknown movies considering how well known Goofy is, and Max is a great personification of a stereotypical high schooler. Even so, the realistic setting of a father missing his child at college is a very deep concept for a kid’s movie; and somehow manages to pull it off in a lighthearted and goofy way.

While Babe is not a game-changing kids movie, it does well in providing a great film adaptation of Dick King-Smith’s original novel and being able to keep the movie entertaining at a nice slow pace. Babe is about a piglet who is won by a farmer during a fair and is then raised by a family of sheepdogs. Babe is then trained to herd by the family and once his “mother” dies, he shows to her how much he has learned by winning a Sheepdog competition even though he is a pig. While being a fairly slow-paced movie through the beginning, there is a lot of humor within the animals on the farm. And the movie separates itself from other book adaptations by having the scenes change just like chapters in a book. This movie is very enjoyable and it is a shame it is not that well known, considering how the book is a classic just like Charlotte’s Web. So if you ever get the chance to watch Babe, please do! I guarantee that it will be worth your time.

Tarzan is by far Disney’s best book adaptation from Tarzan Of The Apes and is the best kids movie I have ever seen. This movie has a great Original Sound Track thanks to legend Phil Collins, who wrote the heartwarming song “You’ll be in my Heart” and “Son of Man”. Tarzan is about a baby whose parents were killed by a leopard while they were stranded on an island. Kala, a gorilla who just lost her child, saves Tarzan from the leopard and raises him as a part of their family. Throughout the beginning of the movie, Tarzan knows he is different and is an outcast to the other kids and especially his adoptive father. With the help of his mother, he works hard to show he can keep up with the rest of the gorillas and proves his worth to them. However, this is not even the main plot of the story, as once Tarzan is a man, he encounters another human: Jane. He bonds with Jane and her father and learns so much about the human world. He seems happy with them until Jane has to leave to go back to London, and Tarzan wonders if he belongs with Man or Ape. Disney did a phenomenal job with this movie, and while it has great success when it came out, it does not gain the attention it deserves nowadays, and it is the embodiment of a kid’s movie anyone can enjoy.

If there is any movie that absolutely NEEDS more respect, The Emperor’s New Groove is definitely that movie. The Emperor’s New Groove is about the emperor Kuzco, who is a bit of a spoiled brat, and hates anyone who ruins his perfect schedule, or “Groove” as he calls it. He is then turned into a llama by his advisor Yzma, who was trying to kill him so she would become emperor. Kuzco then has to travel with his peasent guide Pacha to get back to the palace, and maybe learn how to be more caring of others on the way. While this is a very interesting premise, the start of the movie gives you a general idea of how this movie is going to go down, as a comedic and unique experience that you cannot compare to any other movie. Kuzco and Pacha’s first interactions were not smooth, but they eventually turn into a hilarious duo by the actions they take together, such as tying themselves to a log that is going to send them down a waterfall, or pretending they are on a honeymoon to get some good food. This movie really has everything you could ask for in a kid’s movie: Comedy, Action, a LOT of memes, and a great cast of characters (Especially Kronk), and should definitely be on your watchlist if you want to laugh out loud.

5: Spirit: Stallion of the Cimmaron:

Spirit is an incredibly emotional movie set from the point of view of a horse during the Wild-West era. Spirit gains a deep connection with the audience at the beginning of the movie, as we see his charming personality and free roam over the land he trots on. He never talks throughout the whole movie, but he communicates via his thoughts, which lead to a couple of comedic moments. Sadly, one day, he is taken captive by humans while trying to save his herd. You can’t help but cheer for Spirit as he wrecks through the army as they try to break him, and cry when he gives up on coming back home. Like Tarzan, Bryan Adams fulfilled the role of making a great OST for this movie, and his voice definitely fits with this western environment. This movie offers a very unique twist on the premise that humans are evil, as usually when that type of plot is set in the 1800s, it is about slavery. This movie is all about Spirit and his interaction with the humans trying to break his own spirit, which thankfully will never be shattered, and is an amazing movie to watch.

Sadly, not all movies get the attention they deserve, as they might be shadowed by other movies. Sometimes the movies are successful, but then they are forgotten in a few years. While these movies are definitely all amazing, they all need more attention, and that can only happen if people watch them and keep the movie’s job alive: To make sure that people can take a bit of their day out to watch and have fun with their movie, and to have a smile when the credits role.