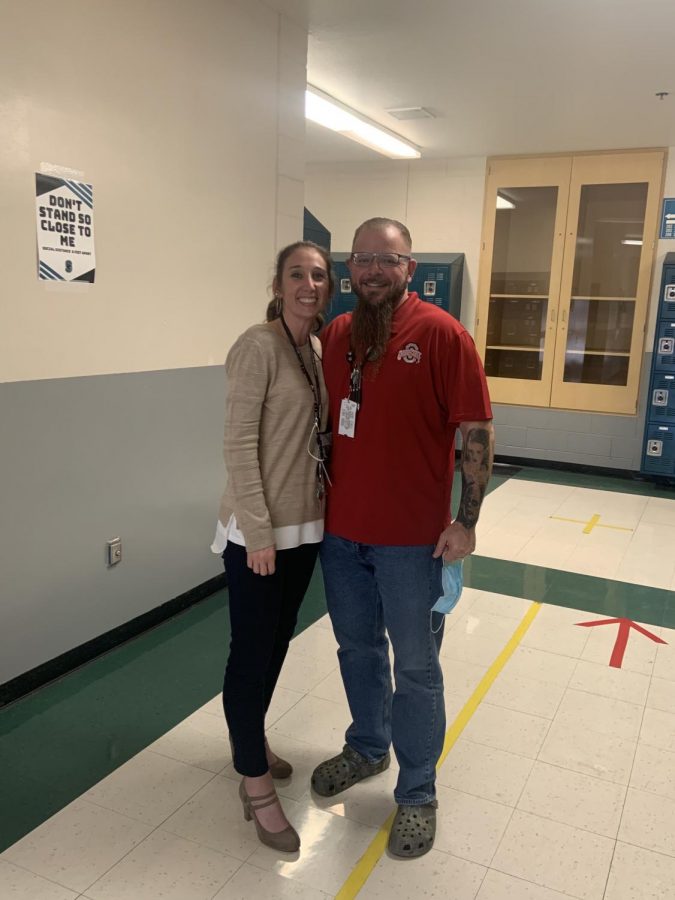 This school year has brought us, several wonderful new administrators, at Santiago. And in order to familiarize those who haven’t met these new faces, I took the pleasure of interviewing two of them. Now presenting to you sharks of Santiago, husband and wife, Mr. and Mrs. Bertok.

For starters, how did the two of you get hired here? – Interviewer

Previously teaching at a school in Fontana, The Bertok’s decided to take a splash into our waters. With a position being opened in Santiago as an ELD coordinator, they both interviewed to see if they could get the spot. With no intent for competition between the couple, Mr. Bertok was awarded the position but what happened next truly is considered one of the wonders of the world. With the administration now realizing that they were in need of another ELD coordinator, as Mrs. Ransom an AP Lang teacher was given the blessing to apply for a different position, administration remembered that Mr. Bertok’s wife was still available and thus gave her the new position uniting the duo of husband and wife once more.

If you could change one thing about each other what would it be? – Interviewer

The cutest response was given to me by Mr. Bertok saying he wished that they met 20 years sooner. Their love for each other is so strong that when I asked them if they would rather give up their love life of work-life the quickest response from both of them was delivered being, “work-life definitely”. Both believing they compliment each other’s weaknesses gives them another reason for not wanting to change anything.

Which one of you is better at your job? – Interviewer

They both firmly believe that they each possess a unique quality thus making it difficult to choose who’s actually “better”. Mr. Bertok is considered more academically knowledgeable and plain out brilliant by his wife, and Mrs. Bertok is said to be a better overall planner and extremely meticulous according to her husband.

Why did you choose to become a teacher? – Interviewer

They both felt like it was a calling, Mrs. Bertok’s dad being a teacher and her always having that teacher mentality as she would play classroom often with her sister while Mr. Bertok as a 16-year-old junior in high school was given the opportunity as a TA for his teacher to teach a lesson for his honors class about the Harlem Renaissance which developed his feelings for teaching.

Was there anything before a teacher? – Interviewer

Mrs. Bertok wanted to be a Television News broadcaster and actually in fact went to college for that exactly but constantly argued with herself if that was what she really wanted to do while Mr. Bertok in middle wanted to become an Air Force pilot and later on joined the marine corps straight outta high school.

Lastly, what do you do during your free time? – Interviewer

While they both love spending time with their family always on the move attending their children’s sporting games to support them, they also make sure to spend time on themselves. Mrs. Bertok enjoys reading, with her favorite book being The Great Gatsby. And while she does just that Mr. Bertok is enjoying his hobby of constructing his own personal army, and rolling dices to destroy his opponents. This game is War Hammer 40,000, a tabletop war game in which you build your own models like battleships, and robots to go against others. He enjoys playing this game enormously with his friends since the time he discovered it.