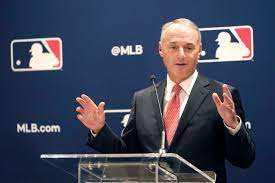 On December 1, 2021, the Major League Baseball collective bargaining agreement expired. The MLB owners are deciding to lock out the players. This was their first lockout in 26 years. What is a lockout you might be wondering?  I’ll tell you. 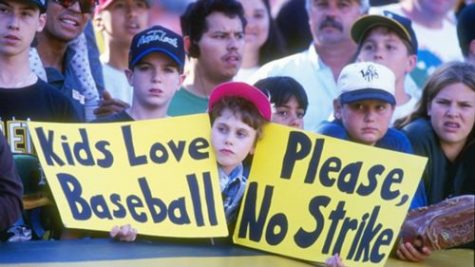 A lockout is when a league locks out the players and freezes all transactions until an agreement is reached.  So if 2 teams are communicating and trying to come to an agreement, everything is frozen and they have to drop it.  They can no longer talk about it or exchange anything. No teams can recruit or sign any new players, it is 100% not allowed. According to The New York Times, it states, “While in a strike, workers tell management, ‘We’re not going to show up.’ But either way, the factory or the business comes to a standstill because the workers are not there.”  A strike leads to a lack of business work and it can put some businesses out of the company.

There is no saying how long this strike will last.  It could last a month, a week, we don’t know. The league and payers already missed the deadline to reach an agreement. There isn’t an exact date when a side desires to strike a deal. There have been 8 strikes in MLB history with the shortest one being just a few days and the longest one lasting about seven months.  This long strike forced them to cancel the world series in 1994. However, in this current lockout, so far no games have been canceled.

There isn’t much that can stop or end the lockout.  The only thing that can end it, is an agreement/deal between 2 sides. The biggest issue that has been talked about and that is a part of this lockout, is money. According to Mass Live, ” the most divisive issues include revenue sharing, luxury tax rules and how many years it will take before a player reaches arbitration”.

Spring training is supposed to start February 26, 2022, but with this lockout, who knows if it will happen.  It could be shut down.

This lockout is not a good sign for baseball players and baseball fans.  It could be a while before baseball gets back in business, because the only thing that can end it, is an agreement.